If you have seen Prague and want to know more, read on, this country has so much to offer! The beautiful scenery of gently rolling hills, dreamy and nostalgic in the mist, cheerful and vivacious in the sun, adorned with medieval castles, churches and mansions, still evokes the memories of both the proud past and the grim history. Bohemia has been the hub of the European culture for centuries – and it still shows!

The routes of the tours were carefully scouted to make your trip a profound and memorable experience that you won't forget. I offer these tours to small groups only (up to 8 persons) and so the itinerary offers some flexibility for change.

If you are based in Prague, there are a number of day trips available to places like medieval towns of Kutna Hora or Cesky Krumlov (both on the UNESCO World Heritage List), the Terezin Concentration Camp, several medieval castles (Karlstein, Konopiste, Krivoklat, Valdstejn, Kost, Kokorin, among others), Karlovy Vary and other spa towns of West Bohemia, the Konepruske Jeskyne Cave Complex etc.

Transportation is provided by me, but a discount is available if you wish to use your own vehicle.

The Czech Republic is a relatively small country and so even the farthest corner can be reached by car in a couple of hours.

This country boasts 12 sites that have made it on the UNESCO World Heritage List, Slavonice, one of the places we visit on the 'Renaissance Tour', will hopefuly join them on the list later this year.

Day 1 Pick up at hotel in Prague, 2hr. drive to Zvikov, a Gothic castle perched on a cliff overlooking the confluence of the Vltava and the Otava where we`ll spend an hour exploring the castle on our own. Approx. 30 min. later, we`ll stop for lunch in the historic center of Pisek, a pleasant town which boasts the oldest bridge in Bohemia. A short drive will take us to Bechyne where we`ll stroll around the castle grounds and the streets of this sleepy spa town. Tabor, our next stop, is only about 30 minutes away. We`ll spend an hour walking the cobbled streets of this medieval town. Tabor was the spiritual center of the Hussite uprising in the 15th century. After dinner, we'll drive approx. 30 minutes to Pension Wratislav, a small Gothic castle from the 14th century rebuilt in baroque style in 1759 and completely renovated in 1995, quiet setting in woods, breakfast included.

Day 2 Morning visit to Cervena Lhota, a beautiful small castle unknown by tourists, where we partake in a guided tour. Afterward, we`ll drive to Jindrichuv Hradec, the place where the Renaissance fairytale of southern Bohemia & Moravia begins. In the 16th cent, J.H. was the second largest town of the Czech Kingdom (after Prague).

A one hour drive brings us to Trebon, another Renaissance town surrounded by ponds from all sides. The ponds were built in the 16th cent. and have supplied the country with fresh fish ever since. The town has remarkable architecture, castle & park. After lunch, we'll turn east & drive for about an hour along a winding road among the ponds & rolling hills to the small town of Slavonice, a true jewel of Renaissance architecture. Located approx.half way between Prague & Vienna, Slavonice once was an important stage coach stop. Until the fall of communism in 1989, the Iron Curtain (border between Czechoslovakia & Austria) was only 1 mile away and consequently the town was spared insensitive renovation that many other historical sites suffered.

After the Velvet Revolution in 1990, Slavonice was discovered by the Czech artists for its unique ambience. Several galleries, pottery shops (paint your own mug!). Slavonice is definitely the highlight of this tour! Evening at leisure.

Overnight at hotel Besidka, a beautiful 16 century Renaissance house renovated by a renown Czech architect. The Besidka has its own excellent restaurant.

Day 3 Morning a 30min. drive to Telc, a town on the UNESCO World Natural & Cultural Heritage List. We'll spend time wandering about admiring the architecture & natural beauty of the place. On the way to Prague, we`ll stop for about an hour in Kutna Hora, yet another UNESCO listed medieval town. Arrival Prague 6 p.m.

Day 1 Leave Prague at 9am, arrive in Karlovy Vary at noon. Karlovy Vary is a truly cosmopolitan spa town, beautiful, charming. Its' distinct ambience has attracted a sophisticated clientele since the early 1800s, including a number of distinguished artists, politicians and generally the cream of the Old World aristocracy.

Apart from the most obvious activity which is strolling up and down the colonnade & sipping (free) mineral water from a spout of a special tea-pot like cup, there is a hot springs swimming pool not far from the center (everything is within walking distance). The old, tastefully renovated spa villas are scattered all over the park-like setting of the vally and just walking around is a pleasant & relaxing way to discover all the charms of this place.

A short drive to a small, picturesque medieval castle-town of Loket developed above the meanders of the Ohre river. We can stop for a coffee at the terrace of Wolfgang Goethe`s favorite inn where we can marvel at the spectacular scenery just as he once did.

A short stop in Frantiskovy Lazne, a quiet spa town lost in woods, on the way to Cheb, the hub of the region that became part of the Bohemian Kingdom in 14th century, where Albrecht of Wallenstein, supreme commander of the Imperial army, was assassinated in 1734. Founded in 9th century, Cheb is one of the oldest towns in central Europe. We'll walk the narrow streets of the well preserved Gothic core, visit the Romanesque castle & have dinner in one of the restaurants on the medieval square. Overnight at Mostov, a 17th century mansion.

Day 2 Depart Cheb for Marianske Lazne, yet another charming spa town of western Bohemia. One hour walk followed by a 120 mile scenic drive to SE along the foothills of the Sumava Mountains, short stops in small medieval towns: Horsovsky Tyn, Domazlice, Klatovy. We will explore the sleepy towns on foot, with lunch in Klatovy, visiting the Old Town Square & walking about through narrow crooked alleys. Afterwards, we drive to Prachatice, a pleasant small medieval town. Overnight at Koruna, 3* hotel located in a 15th century Gothic house.

Day 3 Morning depart Prachatice for 25 mile drive to Cesky Krumlov, one of the gems of Czech Renaissance towns, on the UNESCO World Heritage List. We have a full day to explore with a one hour guided tour of the castle. Depart at 4pm, arr. Prague 7pm. Optional stop at Tabor, founded in 15th century as the center of the Hussite uprising.

This tour can be extended or combined with the Renaissance Tour.

Under the star of David

This 3day tour covers four UNESCO listed World Heritage Sites: Kutna Hora, Lednice – Valtice area, Trebic, Telc and is designed for visitors interested in exploring the very best this country has to offer in terms of both Jewish and non-Jewish heritage, and the beautiful scenery of the typical Czech countryside.

Day 1 One hour drive to Kolin, a town on the banks of the Elbe River, once the second largest Jewish settlement in Bohemia. Even though its medieval center around the town square is well preserved and its 16th century synagogue was recently renovated and opened to the public, Kolin is unjustly not on the itinerary of most visitors to this country.

A short drive to Kutna Hora, a charming Gothic town. Even though there is no Jewish heritage in Kutna Hora, stopping there is definitely worth our while. Also a convenient place to have lunch before a 3hr. freeway drive to the south-east corner of the country.

Sometimes called the ”Garden of Europe”, the Lednice - Valtice area stretches between two noble residences set in beautiful parkland, dotted with manmade lakes and follies. Famous European architects worked on the huge Baroque komplex. The Lednice - Valtice area is situated in a region also known for its wine. For centuries, wine from the area has found its way onto the tables of Czech kings and Holy Roman Emperors. Overnight at the 16th.century Valtice Chateau.

Day 2 Short drive to Mikulov. This town was one of the most important spiritual centers of Judaism in Eastern Europe and also the seat of a prestigious yeshiva. The picturesque town founded in 14th cent. originally Gothic, rebuilt as Renaissance in 16.cent, has a well preserved medieval core & Jewish quarter including a sensitively restored synagogues. Mikulov is dominated by a huge castle used by the Nazis during WW2 as an archive. In the last days of the war, they set it on fire but it it was completely restored in the1950s. The southern slopes of the hills are covered by vineyards, so lots of wine cellars in the area.

2hr. scenic drive to Trebic. This town has one of the best preserved Jewish quarters in Europe: 123 residential houses, 2 synagogues and the cemetery. After lunch, 30min. drive to Telc. Spectacular setting and architecture, old Jewish cemetery on the outskirts.

Short drive to the small town of Slavonice, a true jewel of Renaissance architecture. The synagogue (no entry) and several cemeteries in the vicinity. Located approximately half way between Prague and Vienna, Slavonice once was an important stage coach stop. Until the fall of communism in 1989, the Iron Curtain (border between Czechoslovakia & Austria) was only 1 mile away and consequently the town was spared insensitive renovation that many other historical sites suffered. After the Velvet Revolution in1990, Slavonice was discovered by the Czech artists for its unique ambiance with several galleries and pottery shops. Slavonice is definitely the highlight of this tour!

Evening at leisure. Overnight at hotel Besidka, a beautiful 16 century Renaissance house renovated by a renown Czech architect. The Besidka has its own excellent restaurant.

Day 3 Morning visit to Jindrichuv Hradec. In the 16th century, Jindrichuv Hradec was the second largest town of the Czech Kingdom (after Prague) and the Renaissance architecture and castle still testify to that.

A one hour drive brings us to Trebon, another Renaissance town surrounded by ponds from all sides. The ponds were built in the 16th cent. and have supplied the country with fresh fish ever since. The town has remarkable architecture, castle and park.

Our last stop on the way to Prague is Tabor, the 15th cent. spiritual center of the Hussite uprising, the only medieval town in the region where the Jewish population was not segregated from their Christian neighbors. Arrival in Prague at 6 p.m. 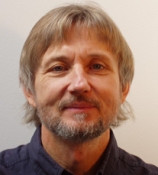